There are a growing number of international programmes, research groups, start-ups and industrial players across the quantum technologies landscape. Given the potential impact, quantum computing is attracting significant investment.

High profile progress has been made among industrial players in North America.

However, around the world the pace of development and the investment is growing.

The leading architectures for qubit development across public and private sector investment are trapped ions, superconducting, spin-qubits and photonics. Many of the leading industrial efforts have developed from academic research groups with corporate venturing a growing feature of the QC landscape with direct investment into academic groups and start-ups. 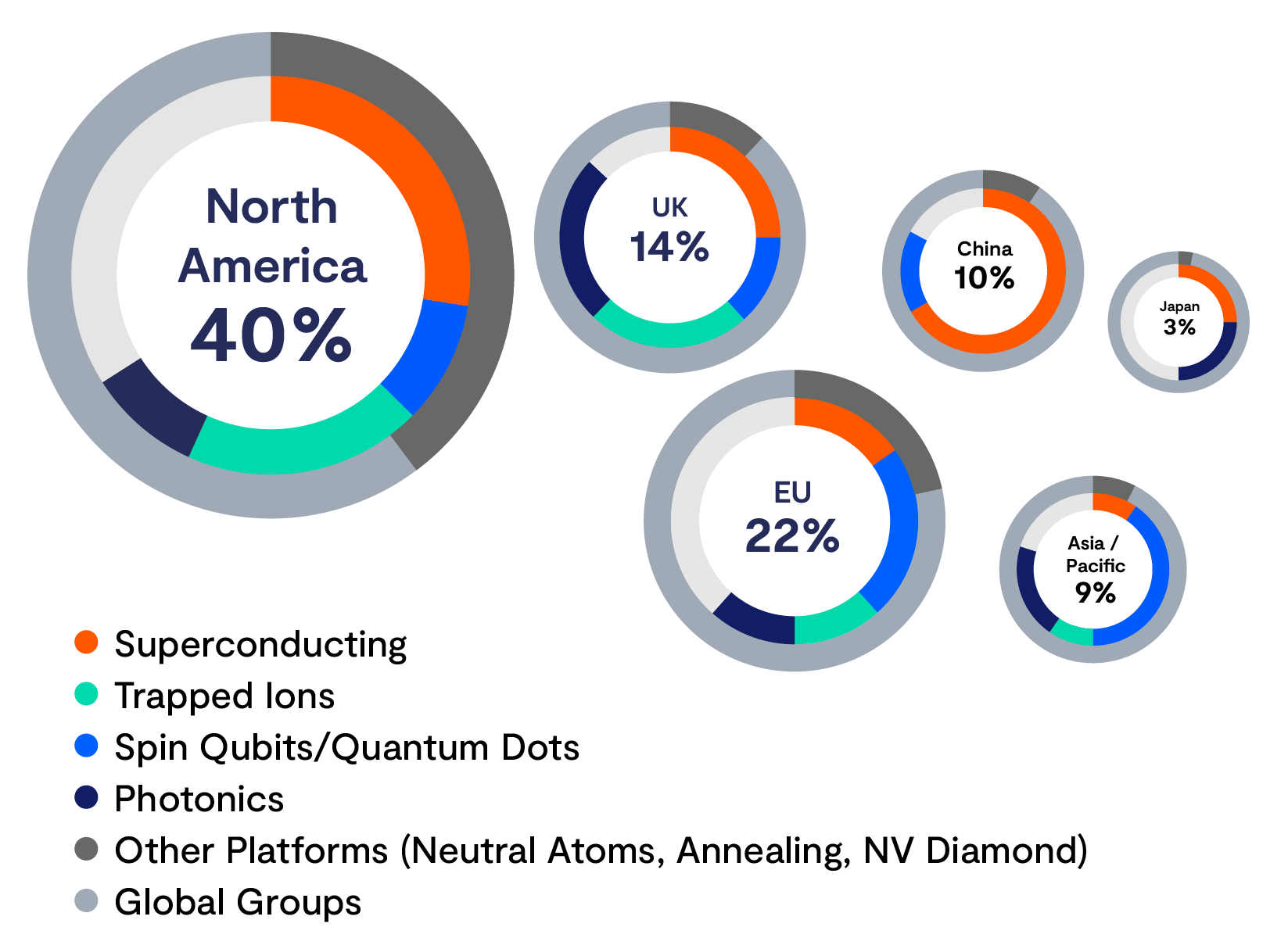 The North American effort is by far the largest by number of research groups and by industrial effort. Private investment is also highest in North America with superconducting platforms highest profile.

The UK effort is substantial and growing. There is increased effort on superconducting platforms with areas of academic strength in ion trapping and photonics of growing investment interest.

Alongside the EU Quantum Flagship a number of national programmes have been established across Europe promoting academia-industry collaborations, along with user access to QC services.

China has invested significantly into quantum technologies with leading efforts in communications. A growing number of Chinese industrial companies are investing in QC with superconducting platforms the favoured technology.

Funded through the UK Research and Innovation, and sponsored by  the Engineering and Physical Sciences Research Council (EPSRC) and the Science and Technology Facilities Council (STFC)